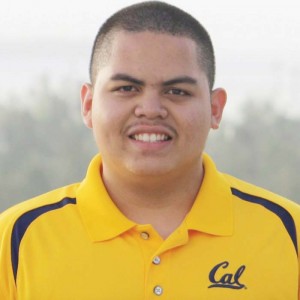 “Mass Communications in itself is one of the most competitive fields to land a job or opportunity in,” stated by many scholars and graduates throughout the world who delve into media careers. But with fear, comes faith, take Thomas Manglona II, for example. For the first time since 2013, a UC Berkeley student has won the exclusive Truman Scholarship, a grant intended for public service leaders. Thomas is a Gates Millennium Scholarship recipient and media studies student of University of California, Berkeley who’s already ahead of the game!

Thomas was awarded Truman Scholarship along with 61 students from 346 colleges. The applicants were from a pool of 840 students; while the scholarship provides financial support, it also offers priority admission at some of the elite graduate programs.

“This scholarship not only means that graduate school is more of a possibility, but also that I am able to learn and gain skills to be a better journalist for our communities,” stated Thomas.

According to the Truman Foundation’s website, “They were chosen by sixteen independent selection panels based on the finalists’ academic success and leadership accomplishments, as well as their likelihood of becoming public service leaders.”

Born and raised from the island of Rota of the Northern Mariana Islands, a U.S. Territory in the Western Pacific, Thomas started reporting at an early age. Like most people, while enrolling in college, the decision of choosing your major is always a tough one. On the contrary, Thomas was already aware of his passion in media since elementary school!  In middle school, he began writing on his personal blog and composing stories on various topics. Inspired by investigative reporting on television, he aimed to be beat the odds.

No reporter resides and no newspaper is printed in my hometown.

Through high school, he started reporting for the Marianas Variety and Saipan Tribune. After landing an entry-level position a Pacific News Center he eventually became an on-air correspondent for their ABC7 and FOX6 platforms.  There is no easy way to gain access to media careers, entertainment gigs, and opportunities in production. But most mass media scholars and recent graduates are preparing for their dream roles with their own resources such as blogs, social media, and networking. So with preparation comes diligence, and Thomas did just that.

Today, Thomas is the Executive Director of CalTV where he manages 100 students on campus to produce content in news, sports, and entertainment. 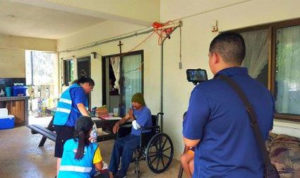 His expertise of article writing is human interest stories, the environment, government, and other local news.

“I recently co-founded Oceania Connects in an effort to reclaim and rewrite Pacific Islander narratives,” stated Thomas on his official media website. In efforts to raise awareness of community issues of the island,  he creates solutions for higher education and opportunity.

Besides media, he is also minoring in Comparative Ethnic Studies at UC Berkley. Thomas serves as an organizer for the Asian-Pacific American Student Development office. One of the components in his vision involves working to improve Islander representation on a national level as he continues to produce, shoot, and edit his stories as a multi-media journalist. For more information on Manglona’s journey of multi-media, past, and present projects visit his website here.